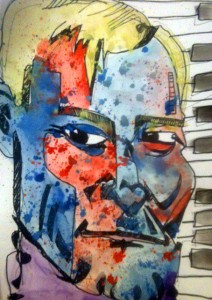 …is one of Calgary’s best kept secrets!

He’s a native of Edmonton, Alberta, Canada, and began studying classical piano at the age of 4 for 16 years with Gloria Saarinen, Charles Foreman, and Marilyn Engles. Born into a musical family Sheldon’s father, Hank Zandboer, was an active professional musician and at an early age passed integral information that accelerated Sheldon’s professional musical knowledge well beyond young musicians his own age. He was awarded 1st Prize, 3 years in a row in the all ages ‘Open Jazz’ category at the Calgary Kiwanis Music Festival. As a teenager Sheldon established his musical reputation as an ‘up and coming’ musical talent in Calgary by working on live to air TV shows with the CBC and CFCN, leading a jazz trio, also as a multi-keyboardist with the Calgary Stampede “Young Canadians” Grandstand Show.

Sheldon studied Music Performance/Composition at the University of Calgary before moving to Toronto to study at the highly acclaimed Humber College of the Applied Arts jazz program. The city of Toronto allowed his capricious musical talent to flourish and expand. All kinds of performing opportunities were exploited. Playing in studios, casinos, the circus, jazz clubs and festivals, theatre, dance clubs, cruise-ships, the National Ballet, and freelancing as a professional. Performing in: Vancouver, Toronto, Montreal, Atlantic City, London (UK), Paris, Athens, Amsterdam, Brussels, and many other venues throughout the continent of Europe. Playing for:

Sheldon returned to Calgary in 1988 to raise a family, arrange, perform, and assume position of Music Director for the first Decidedly Jazz Production of “Dancers & Other Musical Instruments”. Sheldon headed the band “the Soul Providers” that performed as a house band at the Cannery Row nightclub for 5 straight years. In 1989, he took an 8-year contract with the Department of National Defense to provide his musical expertise as staff arranger, keyboardist, and singer. He was also one of 3 keyboard players to tour with the Canadian Mirvish Production of the Who’s “Tommy” in 1996. Some other professional shows of note are: 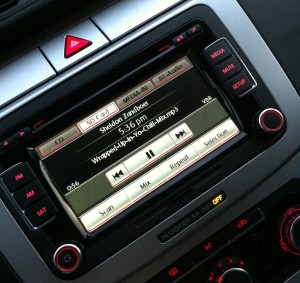 Press Play to hear this track.

1998 was the year he cofound and directed the band- “YoMoZo”. The band provided the music for the “Eddies” award show less than 3 months after it was formed. Also in 1998, Dewi Wood and Sheldon composed the music for the movie “Bellyboat Hustle”. The movie debuted at the Toronto Film Festival and it is a frequently aired film on BRAVO Channel. The movie was then forwarded over to the “Dance on Camera Festival 1998” at the Lincoln Center, NY. The movie was such a hit that it became the flagship Dance/Art movie for the festival. The Museum of Modern Art (MOMA) in Manhattan has been showing the movie as an art exhibit film in their permanent collection ever since.

In 1999 Sheldon accepting the coveted position of jazz piano/arranging/ensemble instructor on the faculty of jazz at Mount Royal University.

2004 CBC’s host of “Tonic” Tim Tamashiro and Sheldon combined forces to form “PianoVox” – a music/improv/comedy act that performed across Canada, from Vancouver Island to Toronto and are still active performing together.

May 2005/2006, the only two years “One Yellow Rabbit” theatre co. decided to have a live orchestra to host the Big Rock Eddies they hired Sheldon as music director and arranger.

2010, Sheldon performed at the Vancouver Winter Olympic Villages for the athletes, and was nominated for an Alberta Motion Picture Industry Association award for best live soundtrack for “Spring Swing Fling” written and directed by Sandra Sawatski. It’s a short dance film which features performances by many of Calgary’s best jazz musicians and has been selected to show at the 38th Dance on Camera Festival at the Lincoln Centre in New York. SZ arranged/composed the work for big band, while Dewi Wood produced, mixed and worked on sound design.

Sheldon is currently working as a Vocal Coach/Music Director at Central Memorial High School of Arts. Professional freelance musician as well as the jazz piano instructor at the Mount Royal University Conservatory in the new Bella Theatre. His instructional jazz book the Tao of Jazz Improvisation continues to sell very well on Amazon.com. The City of Calgary has recognized and listed Sheldon Zandboer as one of Calgary’s preeminent artists on their official tourism website.

We are welcoming all COVID friendly work at this time. Clean Hands, Clear Heads and Open Hearts.